What is Microsoft Azure?

It provides complete IT Infrastructure to the developer team, and they can develop and deploy applications. It has various services, and required customer support options are also present. 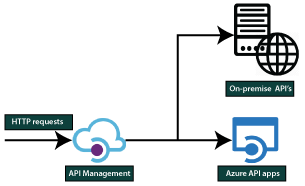 What is Microsoft Azure?

Azure, called Microsoft Azure was released in 2008, and the operating system includes Linux, Android, Microsoft Windows and IOS. The major three platforms provided by Azure are Software as a Service (SAAS), Platform as a Service (PAAS) and Infrastructure as a Service (IAAS) which support various tools, programming languages, and frameworks which allow third-party access too. It provides complete IT Infrastructure to the developer team, and they can develop and deploy applications. It has various services, and required customer support options are also present.

Azure API apps enable a great platform for the developers to develop, hosting the applications which use API’s cloud infrastructure. Creating the app provides the service, which includes a hybrid platform, and software accessibility and enables the Software as a Service platform.

Creating and Deploying an API application

Steps 1: Choose the option to create a resource, select web from the marketplace

Step 3: The user should enter the name, resource group, and app service plan details to create.

Step 4: Select all resources option and choose the name of the API

Swagger provides the interactive User Interface, an open-source framework where users can read the OpenAPI specifications. These features are shared with the team of customers who develop the applications.

The API application is deployed into API App.

Step 2: Choose the template as an Azure API template

Step 4: Check the final solution for the deployment process

Step 5: Swagger Documentation of the API is enabled.

Step 7: Azure credentials are used for the login process

Step 9: API is deployed to Azure; the required screen is open in the browser.

The concepts involved in API Management are,

API Operation-There involves a set of actions available to developers

In the article, as mentioned above, the Azure API applications are explored in a detailed format. It has both advantages and disadvantages. Based on that, one should use this technology which meets their business requirement.