JavaScript language designs the website in a dynamic and responsive format. It increases the interactivity of the website. It is easy to learn a beginner-friendly language. 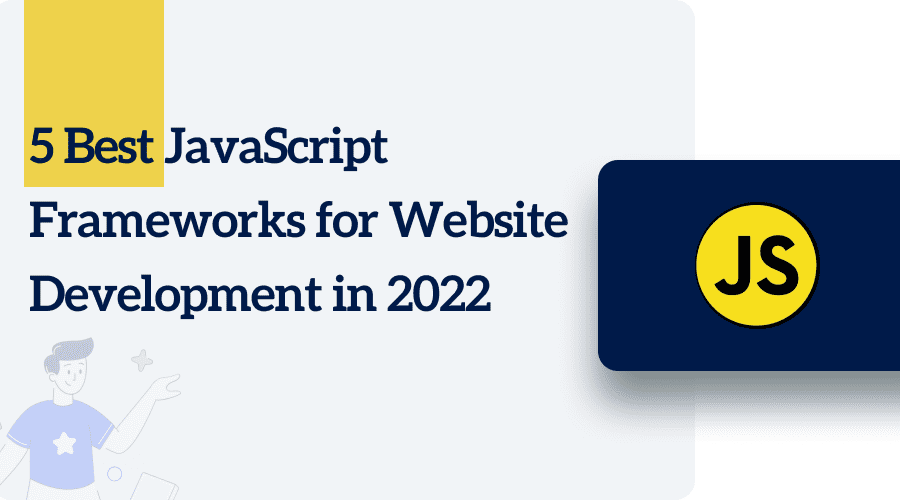 JavaScript is a popular programming language used for the web development process developed by Brendan Eich. It is also called as Building block of the web. It is used to design web apps, game development and web development. JavaScript language designs the website in a dynamic and responsive format. It increases the interactivity of the website. It is easy to learn a beginner-friendly language.

What is called Web Development Frameworks?

Frameworks are sub-divided into two types. They are,

Some of the Web Development Frameworks are:

React was discovered in the year 2013 by Meta, which is formerly called Facebook. It is a frontend development framework used to create interactive user interfaces based on business requirements which have gained tremendous popularity. It is best suited for creating single-page web applications and dynamic web applications. The beginners and new ones can easily learn to react, which is SEO-friendly and flexible. It provides the best SEO support than other frameworks. Some React JS web applications include Netflix, Instacart, Dropbox, Asana, Flip board and Salesforce.

Some of the key features of React are as follows,

Google introduced Angular in 2010. It is an open-source framework that released its next version "Angular 2.0" to increase the performance and scalability of web applications. There are wide features in Angular, including automatic features, the ability to work cross-platform, and client-side frameworks, which help the applications run effectively on both web and mobile platforms. The efficiency of the code is increased by using HTML, CSS and Typescript, along with some other web development tools. Some web applications that use Angular JS are PayPal, Microsoft Xbox, Forbes and Up work.

Some of the key features of Angular Framework are,

Vue JS was introduced by Google in 2014 and is an open-source JavaScript framework for creating interactive user interfaces. It is used to create Single Page Applications, high-performance progressive web applications and user Interfaces. It combines the feature of React.js and Angular.js.It is one of the best web development frameworks because it creates responsive websites. The Vue JS web applications are Gitlab, Behance, Chess, 9GAG and Netlify. It has the feature of simplicity and versatility.

Some of the key features of Vue JS are,

Ember JS is designed in the year 2011. It is an open-source JavaScript framework that uses the MVVM paradigm. It uses HTML (Hyper Text Markup Language) and CSS (Cascading Style Sheet) for the development process. The next version of Ember 2.0 was released in 2015 with excellent stability features used to create reusable JavaScript web applications. It increases the productivity of the application by applying JS best practices and avoiding the time-wasting feature. Single-page and dynamic client-side applications are developed, including mobile and desktop applications. Some web applications that use Ember JS are LinkedIn, Intercom, DigitalOcean and Apple.

Some of the key features of Ember JS are,

JQuery is an open-source and lightweight framework that was launched in the year 2006. Developers opt to use JQuery even though it was invented earlier. It has rich features which become familiar to developers. JavaScript library simplifies the interaction between HTML elements and JavaScript code. It implements CSS animations, event handling, and Ajax calls to make the webpage interactive. As it is simple to use, the developers need not write more JavaScript code and it is also SEO-friendly. The Web applications using JQuery include Word Press, Bit bucket, Trello, Code pen and GeeksforGeeks.

Some of the key features of JQuery include,

The DOM elements are easily selected and traversed to modify the content with JQuery. Some of the methods include .attr (), .html () etc which simplifies the DOM manipulation.

The demand for standard web application frameworks is increasing day by day. Hence frameworks endorsed by thousands of developers worldwide are an excellent way to develop rich and interactive web applications. For the right project choosing the right framework is essential.